Catching up with the Northwest Food Security Partnership: A year of convening from Masset to Prince George

Huddled over a picnic table on Gabriola Island, the Gateway caught up by phone with Laurie Gallant 1,300 km away in New Hazelton. Laurie champions the emerging Northwest Food Security Partnership, merging the skills and experiences from her former career as a planner and her current off-the-grid farm where she grows hops, raises sheep, llamas, nurtures a forest garden on regenerative agriculture principles, as well as hosting joyful hootenanny’s. 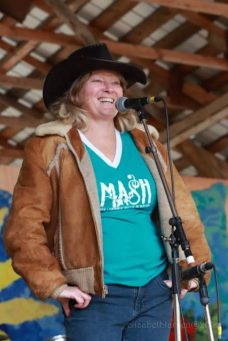 Laurie recently joined our Community of Practice thanks to a connection from Northern Health’s Laurel Burton. We previously explored and shared Laurie’s work in this story a year ago following the inaugural Bulkley Valley Food Security Forum which brought together community, health, business, and political players to discuss how to create  a more food secure, food sovereign, and resilient Northwest BC. 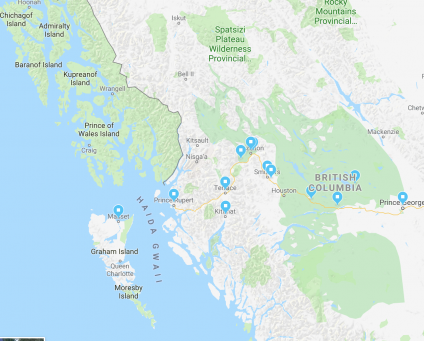 While most if not all of BC’s food security networks grapple with the challenges of convening and coordinating their members, Northern BC’s expanse means that the chance to come together in person is quite special.  And so, curating this second forum felt like high stakes for Laurie and others who wanted to lean into both the learnings and complexity that emerged from the first forum.

The organizers began this next phase of network development by asking some important questions; What are our main drivers? What will get people on board with this? What surfaced as rallying concerns across the Northwest was climate change, emergency preparedness, and economic development. This translated into a roster of 18 speakers who spoke and hosted conversations on these themes and their implications on policy, education, energy and infrastructure over the two days.

The Better Together: Food Security Forum 2018 Post-Conference Report does a beautiful job of capturing the breadth and depth of these conversations. Reading it, you can almost hear the dialogue unfold – a helpful reporting model for others who are looking to capture and share out their own event proceedings.

What is striking about the content compared to the Bulkley Valley Food Security Forum 2017 Summary Report and corroborated by our conversation with Laurie, is the focus on Indigenous Food Sovereignty and Governance. In 2017 there was acknowledgement and presence in the first forum from the Wet’suwet’en Nation on whose traditional territory the Bulkley Valley is located, but this year there was emphasis on complex themes of food sovereignty, implications for  land title and rights, and other important Indigenous-focused topics.

Bringing discussions of Indigenous Food Sovereignty, governance, land title and rights to the table was a process Laurie  says was both challenging and humbling for her. Many non-Indigenous organizers will resonate with wanting to do it right and well, but not knowing where to begin or how to move in a way that does not fall into the traps of tokenism.  She reflects that she’s learning to reach out to Indigenous partners earlier in the planning process and to be willing to make mistakes in public and own them. “We don’t even know what we don’t know.” 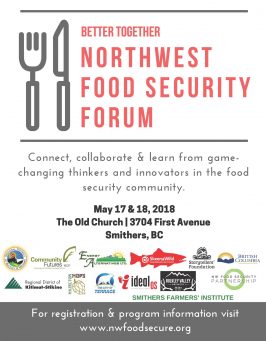 The content of the forum itself did offer Indigenous teachings and knowledge thanks to a talk from Jeannie Parnell, a Prince Rupert-based community developer from the Stellat’en First Nation, near Fraser Lake, who is a former member of the BC Food Systems Network board and Working Group on Indigenous Food Sovereignty. Jeannie spoke about the 10,000 year history of sustainable food system stewardship by Indigenous people across this land through small scale, regenerative bio-region strategies.

With two forums under its belt, the questions around how the NWFSP moves ahead were also on the table in the face of challenges of geography, capacity, funding, and governance. While the North, and Northwest specifically, are unique in this province, the questions raised will resonate for food security networks in BC’s south as well. Questions such as,

At least one of these big questions will likely strike a chord for other food security network, food policy council, and community food organizers. Laurie and some of her colleagues from the NWFSP will join the Community of Practice for our October 16 call to unpack them further and support one another in the shared work of building and growing networks across BC.