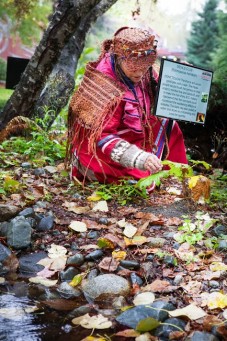 This powerful annual conference about Indigenous food has built relationships between generations and between communities across Vancouver Island.

Eight years ago, when a group of researchers and First Nations community members came together to discuss the results of a study about seafood safety, the voice of one Elder sparked the Vancouver Island Traditional Foods Conference journey.

He spoke eloquently of the value of future gatherings where participants could discuss the food and the land and how changes to both were impacting First Nations.

A small group of passionate people began meeting and planning a conference.   Funding for capacity building through the BC Healthy Living Alliance was instrumental in the planning process and in later forming the Vancouver Island and Coastal Communities Indigenous Food Network (VICCIFN) – the lead organization for the conference.

The VICCIFN hoped to build more connections between First Nations communities to address four issues: nutrition, healing, safety and community.  These four issues would become the key pillars of all future conferences.

The design of the conference has changed little over the past eight years, as the organizers seem to have mastered it from the start.  The first day follows a more typical conference format with presentations, but also includes workshops to engage in hands on tasks to identify edibles on a nature walk, harvest sword ferns for a pit cook, or preserve seeds.  The second day showcases foods prepared in traditional ways as well as a marketplace where harvesters and wild crafters come together and share their work, their tools, and their craft.

“It’s a magical conference really.  People are very generous with sharing their knowledge and their skills and the product that they’ve created.  Lots of wild crafters come and share their medicine.  It’s a place for people to learn and share and grow.”
~ Norine Messer, Coordinator of the Indigenous Foods Conference

Intergenerational learning has provided some of the more memorable successes of the conference.  One year, a digital harvesting project brought together young people and elders on a retreat. The youth learned about indigenous foods and traditional food systems before returning to their communities to create their stories. These stories were then presented at the Fall conference. As Norine Messer, this year’s conference coordinator describes: “The youth really captured the essence of what the Vancouver Island and Coastal Communities Indigenous Food Network is all about. They highlighted the pride they had in their traditional food system and the need to protect and manage those food systems.”

The organizers are interested in engaging youth again in the upcoming conference, recognizing that the impacts of having youth involved were far reaching.  Youth that were involved in the digital harvesting project have started youth councils, presented at international ethnobotany conferences, and worked with the Nuu-chah-nulth to offer cultural workshops for the Department of Fisheries and Ocean staff.

The conference has rotated locations through all three family territories – Coast Salish, Nuu-chal-nulth, and Kwakwaka – and this year will be held at the far North end of the island for the first time.   Visit the VICCIFN website or facebook page for updates. 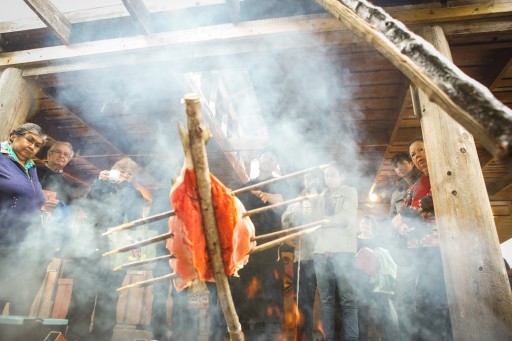 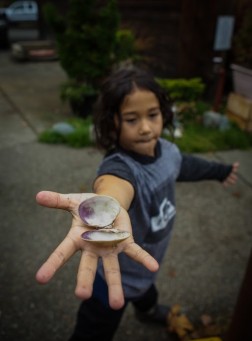 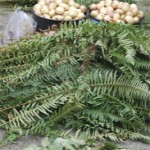 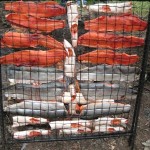 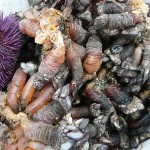 And with financial support from:

This entry was posted in Conference, Indigenous Food Systems. Bookmark the permalink.