Policies that enable private speculative investors and large companies, whether Canadian or offshore, to purchase, own and lease local fishing rights with no obligation to actually harvest fish, are threatening the health of fisheries and coastal and fishing communities BC.  –Fisheries for Communities Gathering Final Report

Where does fish, fishing, and fisheries fit in the BC food security conversation? 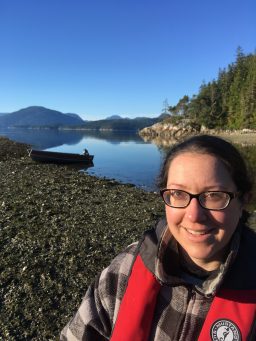 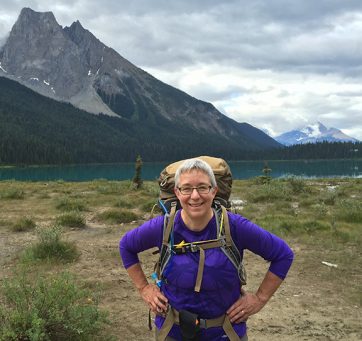 At the same time we connected with Abra Brynne, who was working on fisheries policy with Ecotrust Canada after transitioning from her role with the BC Food Systems Network. She was busy helping organize Ecotrust’s Fisheries for Communities event in Vancouver. We met in person that day and afterwards continued the conversation online – selections of which we’re sharing here.      Listen to Abra on how the last 30 years of fisheries policy on the west coast of Canada has impacted independent owner/operators of boats   Abra was frank about the daunting learning curve in moving to fisheries policy from a primarily agri-food system background. However, as someone immersed in food systems conversations for years she is also deeply attuned to how the values we’ve advocated for in the food movement apply to fish and coastal communities.   Listen to Abra describe the food movement "and fish"   Cynthia is also listening to the First Nations on whose traditional territories she is living and working. She’s learning that the situation is amplified in Indigenous communities, for whom commercial fishing has become the missing backbone of the economy. The loss of generational knowledge, the loss and degradation of of community infrastructure like wharves and locally owned canneries is devastating for communities. Even access to food fish is in peril.   Listen to Cynthia share what she's heard from First Nations on the north island 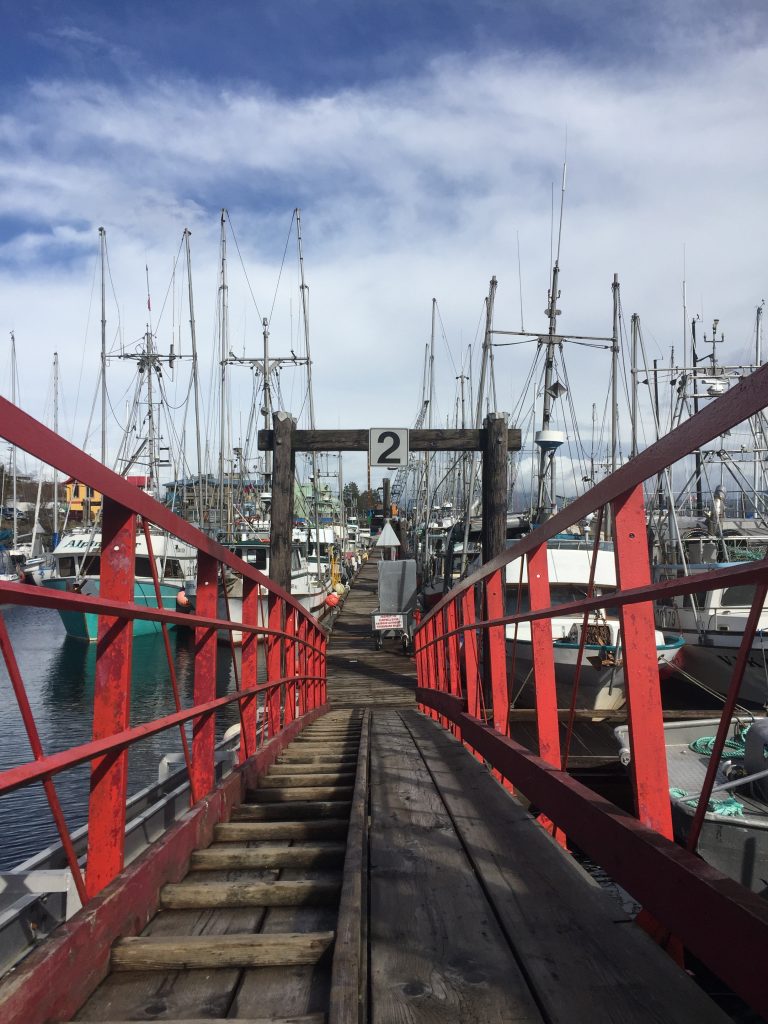 What really makes fishing unprofitable for many Pacific fishermen is that about 70 per cent of the landed value (or gross revenue) of their catch can go to pay the owner of the fish. And the owner is not the province, the country, the Queen nor Njoror, the Norse god of the sea. The effective owner of B.C.’s fish is the holder of the individual transferable quota for catching them. An ITQ (Individual Transferable Quotas] is a permit to harvest a certain amount of fish – per species – each year.  Introduced in the 1990s, it’s a system that many in the industry say has essentially privatized a natural resource, rendering many fishermen oceanic sharecroppers beholden to big corporations. –from a great Globe and Mail read on the quota situation in BC

The results of this policy has been the devastation of coastal communities; poverty, lack of access to fish for food, the generational loss of knowledge, and the decay of infrastructure.   What now? There is a opportunity to encourage the federal government to review fisheries policy in BC and beyond. This opportunity is what prompted Ecotrust to host the gathering in Vancouver to galvanize a huge group of supporters to meet and land on a common ground for proposed policy reform.  The broad consensus and call to action on policy reform that was reached at the gathering centred on values of reconciliation, ecological integrity, social and economic wellbeing for fishing communities, inclusive governance, rebuilding stocks, and fairness in licensing. The gathering report offers a full summary. 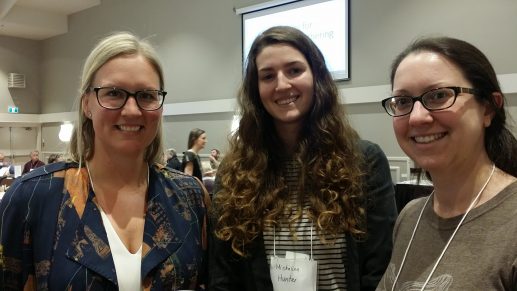 Food systems advocates can learn more and lend their voice to the campaign launched by EcoTrust and Slow Fish Canada calling for policy reform so that BC’s wild caught seafood benefits coastal communities. From our perspective at the Gateway, we will continue to feature stories on fish and community values relevant to BC’s food systems advocates.  In our round-up of BC news stories, fisheries related stories are the number one category in terms of sheer volume of stories, including stories on salmon, fish farming, impacts of climate change, Indigenous fishing rights, and fisheries policy. We’re also keen to dig deeper into fisheries stories we don’t see being reported as much on in the mainstream media, like those on inland fisheries and those that centre the experience of Indigenous fishers and communities.
This entry was posted in Fisheries, Uncategorized and tagged Abra Brynne, Cynthia Bendickson, Greenways Land Trust. Bookmark the permalink.